Update: Connectivity levels are being restored along with the gradual return of power as of midday Sunday.

While not a total blackout, the disruption is consistent with a nation-scale power grid failure and is among the most severe such outages to strike the country in the observatory’s records. Metrics indicate that impact is highest at the edge of the network while critical infrastructure and telecommunication exchanges are less impacted, likely due to effective failover to backup power.

Those users still able to get online report being left in the dark in many major cities across the country. Work is ongoing to assess the scale and impact of the incident.

Meanwhile, viral claims of an attack on transmission lines in Balochistan distributed on WhatsApp in the immediate aftermath of the blackout have been identified as misinformation, referencing an earlier incident in 2015:

Screenshots circulating in WhatsApp groups about the #blackout being due to an attack on transmission lines in Balochistan is from a news story from January 2015, & has no relation to today’s #poweroutage: https://t.co/2BrJpdRVsM 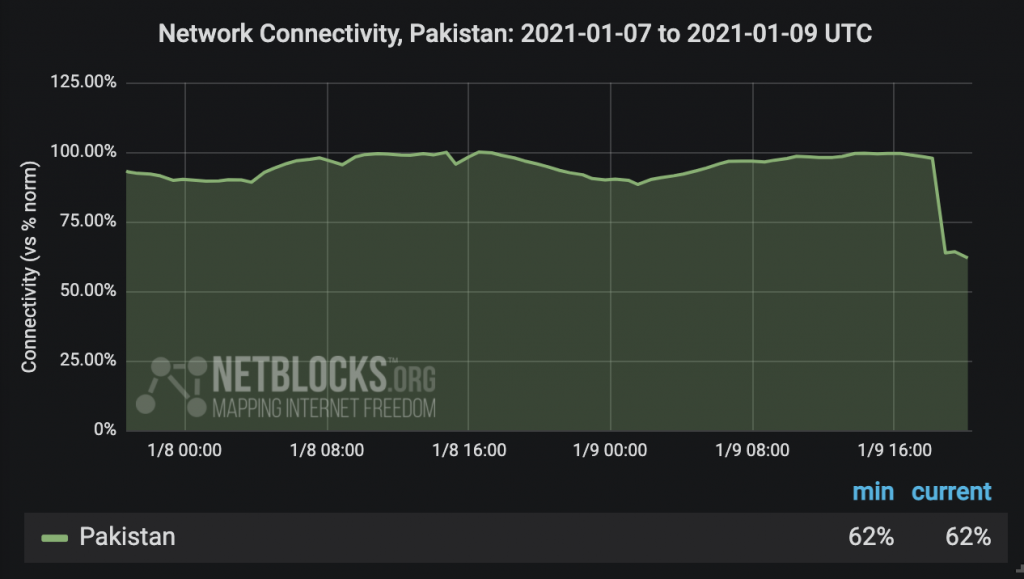