Internet access has been partially disrupted in Benin as of 9:00 PM UTC, Wednesday 1 May 2019, after a controversial election during which the country was entirely disconnected for most of the day. Riots broke out after former president Thomas Boni Yayi called for an election boycott, and tanks reportedly circled his home sparking further anger. Network round trip latency timings show strong indications that service may be slowed, or throttled, to make internet usage difficult without entirely severing connectivity. 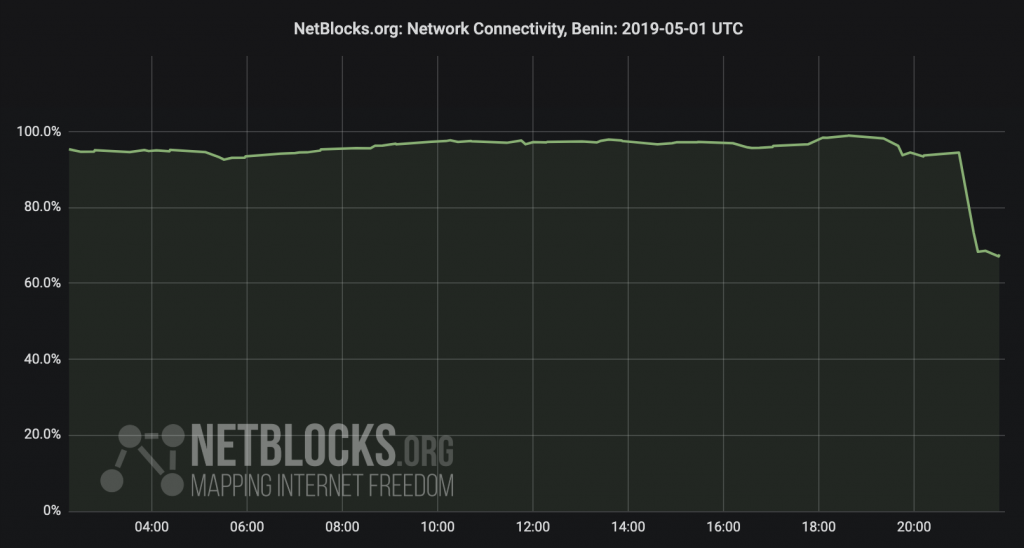 Concerns over connectivity in Benin have been rising following setbacks to political freedoms during the pre-election period. Last month, Benin’s Internet Society chapter explored the legal and economic consequences a nationwide disruption could have citing research by NetBlocks.