Network data from the NetBlocks Internet Observatory confirm disruption to internet connectivity in Iran on the evening of Saturday 27 February 2021 from 10:30 p.m. up until midnight local time. The disruption follows four days of localized regional network disruptions reported in the Sistan and Baluchestan region amid deadly protests.

The anomaly having partial impact and corroborates user reports of difficulty getting online. Impacted networks include the Information Technology Organization of Iran, AsiaTek, Aria Shatel, Pars Online and associated providers.

The disruption is not yet attributed to a root cause and follows days of localised disruptions in the southeast that have limited observability through technical means.

A further network disruption has been tracked on the night of Tuesday 2 March 2021, during which cellular network Irancell experienced a partial loss of service falling to approximately 20% of ordinary levels for 2.5 hours. The incident is anomalous but appears technically distinct from the previously noted disruption: 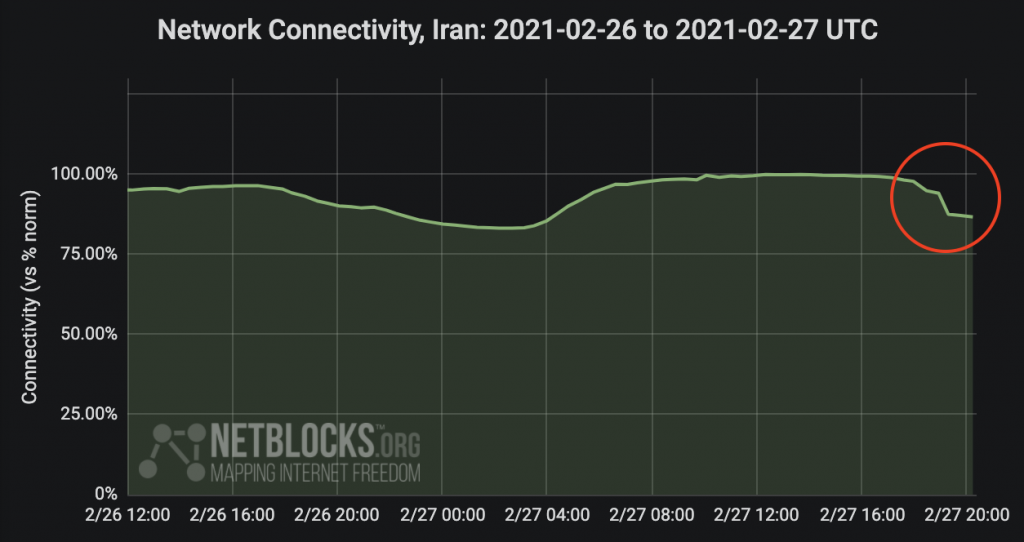