Network data observed by the NetBlocks Internet Observatory indicate network disruptions in Russia on Saturday 23 January 2021. The outages come amid protests against the detention of prominent opposition activist and anti-corruption campaigner Alexei Navalny and may limit coverage of events on the ground.

Metrics on Moscow and St. Petersburg, provider MTS indicate a fall in observed connectivity coinciding with the protests, having a recorded incident duration of approximately 6 hours:

Findings are consistent with widespread reports of outages as thousands of demonstrators took to the streets. Further to cellular outages, credible user reports describe upstream disconnections on residential networks during the same time window. Work is ongoing to assess the incident. 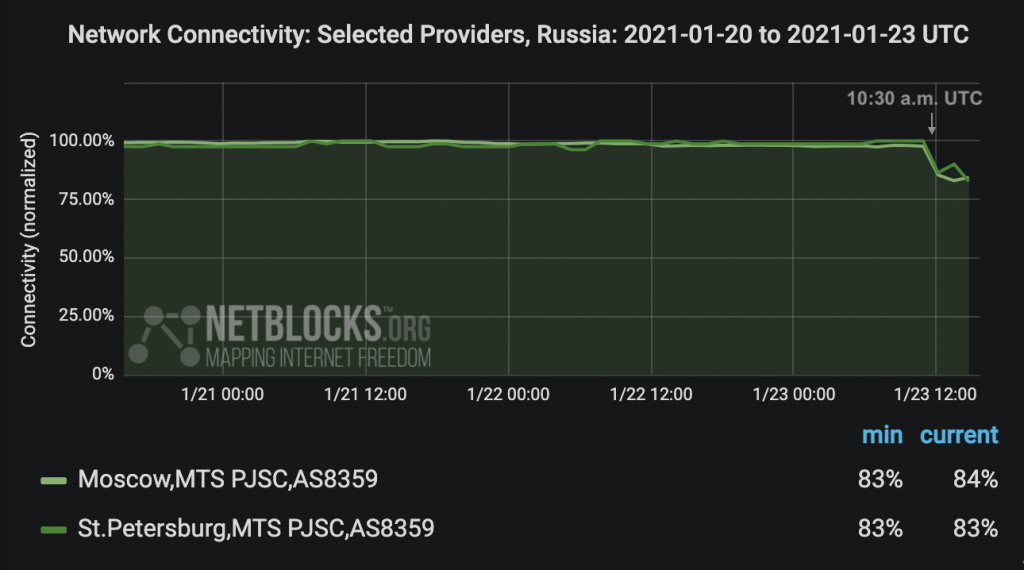 NetBlocks previously observed outages during protests in Moscow on on Saturday 3 August 2019. In that instance the disruption report was confirmed by the BBC and industry sources to have been state-ordered.