The volunteer registration web platform for Venezuela’s Coalition for Aid and Freedom has been blocked by state-run internet provider CANTV (AS8048) at 13:40 UTC (9:40 AM VET) Saturday 16 February 2019 as members took to the streets, according to NetBlocks internet observatory measurements. The restriction is ongoing at time of writing.

The new restrictions come on Saturday as volunteers have mobilised to the streets in support of National Assembly president Juan Guaidó, in favour of aid for the country’s embattled healthcare and humanitarian sector. The website of the initiative, voluntariosxvenezuela.com, remains online and available via other providers in Venezuela and internationally. 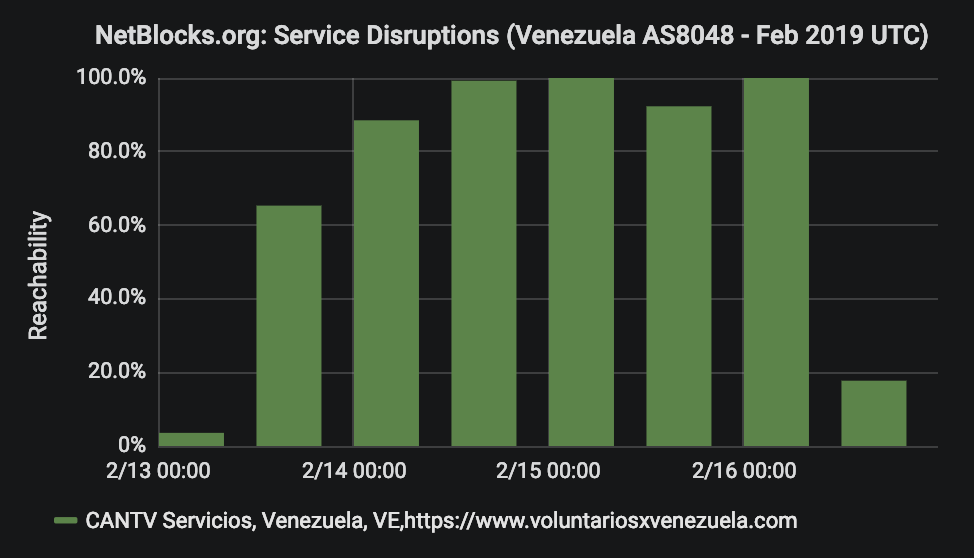