The outage matches the timing and locality of a similar blackouts last Sunday which began at 5:30PM UTC Sunday, 26 January 2019 and lasted 28 hours, indicating a possible internet curfew is being implemented by state-run provider CANTV.

Maturin has been politically active in recent days, holding large rallies demanding a change of government in the midst of a growing political crisis.

NetBlocks diffscans, which map the entire IP address space of a country in real time, provide evidence of the scope and timing of the current disruptions: 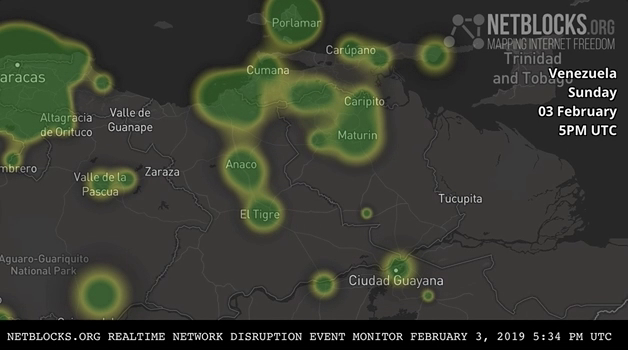