NetBlocks metrics confirm the restriction of Instagram in Russia from the night of Sunday 13 March 2022. The incident follows the earlier restriction of Twitter and Facebook as Russia cracks down on international social media platforms after its invasion of Ukraine.

Real-time network data show that the restrictions are coming into effect across multiple providers rendering the platform widely unusable, corroborating user reports. Instagram is amongst Russia’s most used online platforms, exceeding the popularity of Twitter and Facebook, with the visual format popular with Russian influencers and businesses.

Russia’s internet regulator Roskomnadzor announced that Instagram was to be banned on Monday 14 March 2022 after Meta’s decision to allow calls for violence against Russians in certain contexts, giving users two additional days to migrate to domestic alternatives.

ℹ️ Russia's internet regulator #Roskomnadzor has announced that #Instagram is to be banned on Monday 14 March 2022 after Meta's decision to allow calls for violence against Russians in certain contexts, giving users two days to migrate 🕛

Instagram can be accessed indirectly through the use of VPN services, which can work around government-imposed internet restrictions. However, many do not have access to VPN software and the usage of Instagram is expected to fall significantly in Russia as a result of the measure.

However, Meta was called out after a damaging leak published by news agency Reuters which revealed that the company had changed its in-house content moderation guidelines to permit calls for violence against Russians as well as the country’s leader Vladimir Putin in some contexts. This appears to have given internet regulator Roskomnadzor the basis to label Meta an “extremist organization” after which the social media ban was extended to cover Instagram. 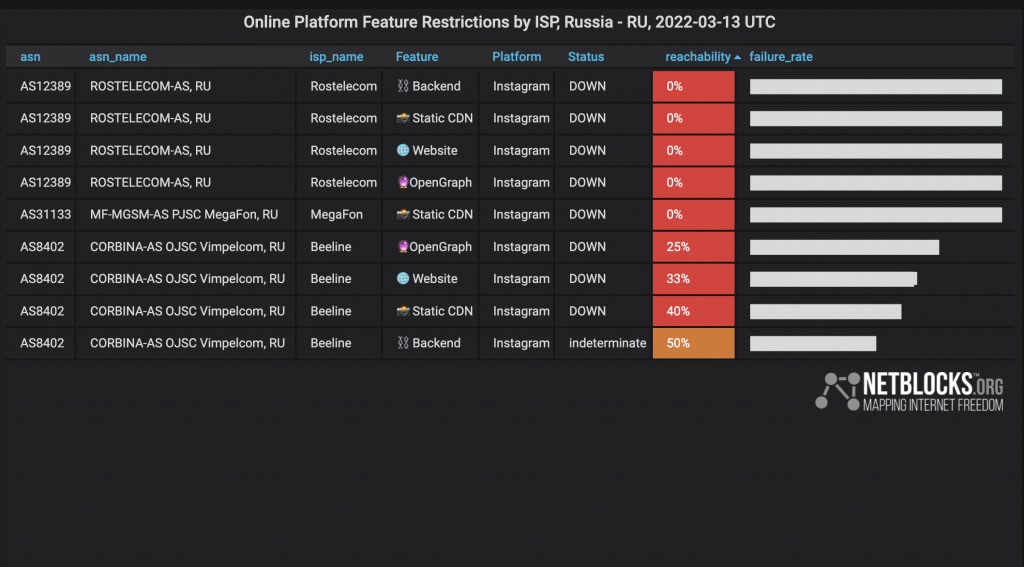