NetBlocks metrics confirm the disruption of Facebook and Facebook Messenger in Bangladesh from the evening of Friday 26 March 2021 up until Monday evening amid protests over Indian Prime Minister Narendra Modi’s visit to Dhaka. Network data show that Facebook and Messenger servers as well as link sharing service Bitly restricted on leading networks, corroborating user reports of difficulty accessing the services.

Access to Facebook platforms was restored as of Monday evening with a recorded core incident duration of approximately three days, while Bitly remains unavailable at the latest update preventing some social media links from working. 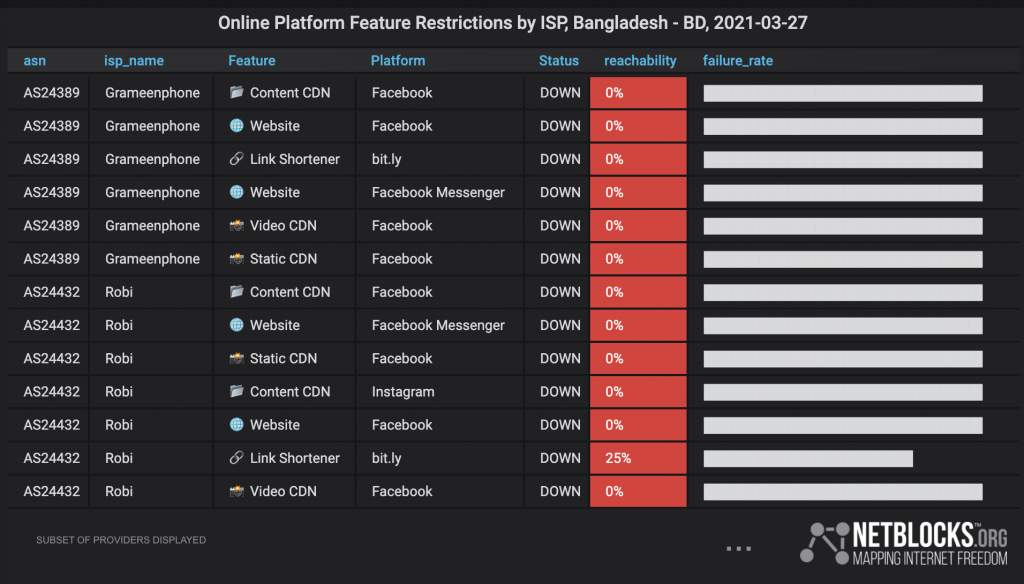 Note: KS Network and Banglalink were represented together in the original publication of this report but are in fact two distinct providers each impacted by the restrictions.