The disruption comes as Iran faces new sanctions imposed by the United States and as it seeks to address concerns of cyber-attacks from its foreign adversaries. Iran is reportedly soon due to surpass Uranium storage capacity limits set under JCPOA Iran Nuclear Deal rules.

Many but not all of Iran’s providers are affected according to current measurements, with connectivity to international vantage points currently registering at 65% of normal levels.

A breakdown of current internet connectivity to Iran by provider shows ongoing volatility with some signs of recovery following the initial disruption:

Update: A breakdown of current internet connectivity to #Iran by provider shows ongoing volatility with some signs of recovery.

Early indications were consistent with either an accidental or purposeful cut in international connectivity. The disruption has not yet been attributed, although possible explanations include a cyber-attack or DDoS on Iranian infrastructure, the withdrawal of connectivity from countries that peer with Iran, or a possible move toward a “sovereign internet” model that prioritizes domestic network traffic.

Update: 12:30 a.m. 27 June UTC – Iranian ICT Minister Azari Jahromi has responded, suggesting a “disruption of fiber connectivity” at upstream routes supplying Iran from Europe as the source of the outage. While the minister cites a 1.5 hour disruption, network data show that some impact continues at the time of writing and the incident’s origin remains unexplained:

Iran’s internet infrastructure is highly developed with connectivity supplied to consumers and businesses by a range of public and private telecom operators. NetBlocks service reachability metrics show extensive, long-term filtering of most major international social media, news media, blogging platforms, and messaging applications on grounds of public morality or national security. Other services are restricted at source by technology companies in compliance with U.S. export controls and sanctions. 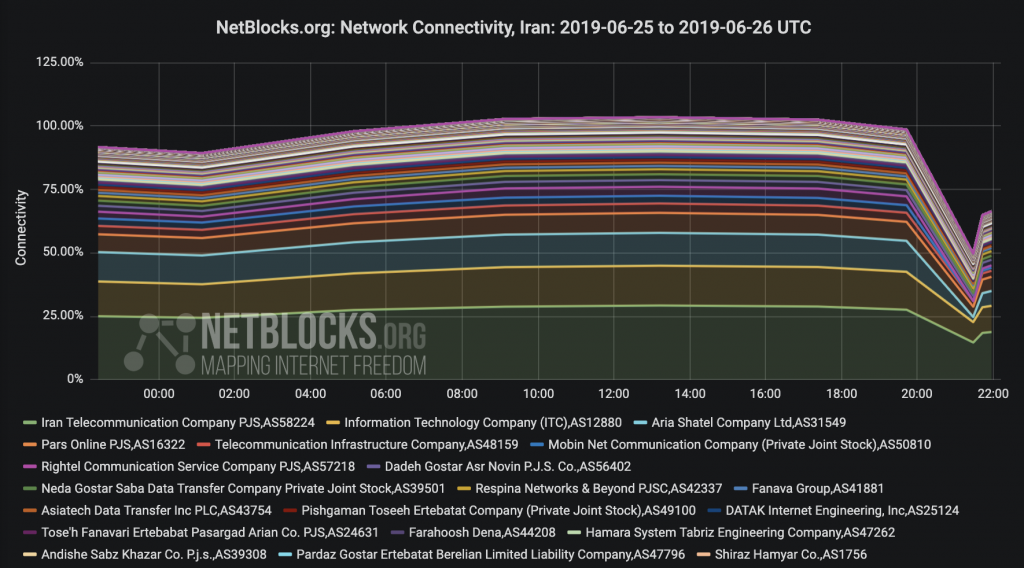 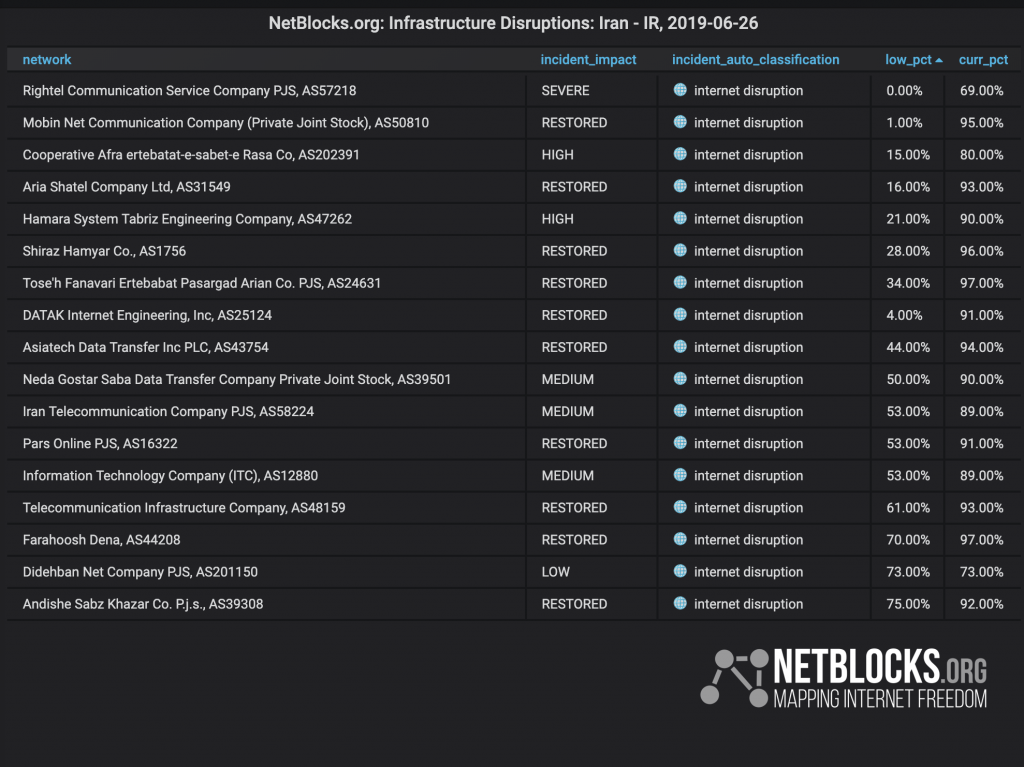