Network data from the NetBlocks internet observatory confirm disruptions to mobile networks in Iran on the morning of Wednesday, 25 December. The outage has partial impact and is ongoing at the time of writing. Users report service failures in multiple cities, although the extent of the disruptions has not yet been corroborated.

Observations are consistent with a targeted disruption and do not appear to be related to any international issue. Users have speculated a possible connection with anticipated protests on 26 December 2019, which marks the 40th day of mourning for those killed in November. 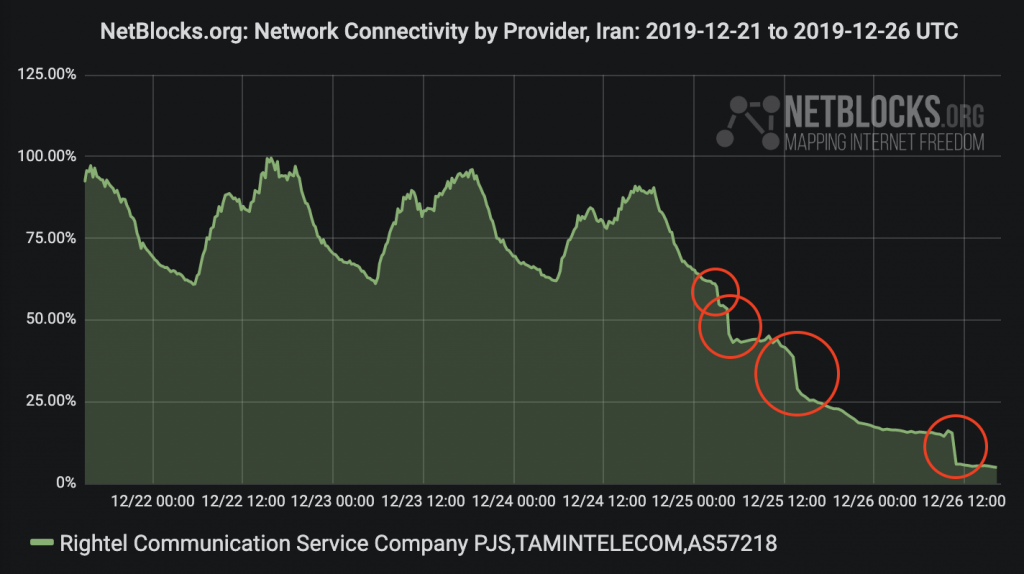 On December 19, Iran was one of several countries to be affected by an international network failure that also caused widespread disruption to Google services and sparked concerns about intentional blocking.