The new findings are based on an extensive survey consisting of 2000 network measurements taken from 20 vantage points across Uzbekistan covering 8 internet service providers. Data confirm reports that the sites have become available, and shows that implementation is partial, with some providers still blocking Radio Ozodlik, the regional media outlet for Radio Free Europe / Radio Liberty (RFE/RL).

The sites are understood to have been restricted across Uzbekistan for several years, and have been largely unavailable since systematic record-keeping began. Network data indicates that the BBC Uzbek edition was already available through the primary BBC website, which was not found to be blocked during the study.

Internet access and filtering has been a topic of discussion in Central Asia through recent days after Kazakhstan blocked social media platforms and news sites for several hours on 9 May, Victory Day.

Today’s restoration has been welcomed by the international community. Harlem Désir, OSCE Representative on Freedom of the Media, also said he had raised the matter with Uzbekistan authorities:

News archives suggest this is not the first time the websites have been restored; many of the same services were temporarily made available in February 2018: 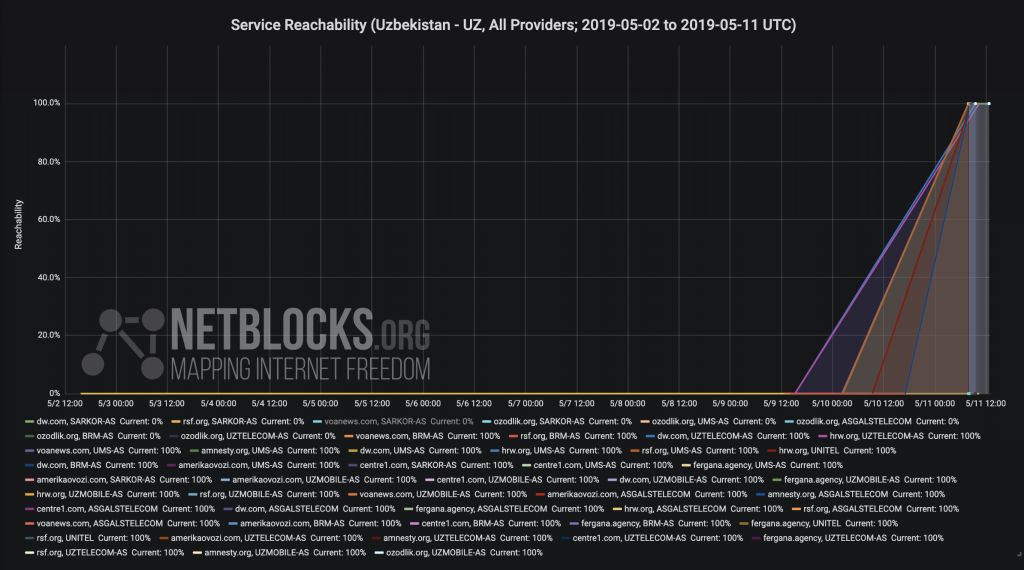