Iraq’s internet has been partially cut on the morning of Wednesday 26 June 2019 in compliance with a decision the Council of Ministers seeking to prevent cheating during national school exams.

Data show that connectivity with several internet providers including leading ISP EarthLink fell below 50%, with the education ministry schedule showing that physics exams will be sat today. Impact is regional with significant disruption in Baghdad while other cities including the country’s autonomous Kurdish regions remain unaffected.

The Internet is down again in #Iraq following a decision to disable infrastructure to stop school exam cheats:

NetBlocks has tracked systematic internet disruptions during Iraq’s exams in recent years, and advocacy groups are campaigning to end the practice. The exams were initially scheduled to be held in late May, but were postponed due to the Eid holiday.

Data indicate that exams held in prior days were not subject to shutdowns suggesting that the measure may have been ordered reactively in response to leaked exam papers.

The disruptions are estimated to have an economic impact to Iraq’s GDP of up to $10 million USD per exam session.

The practice of shutting internet access has a significant toll on society and free expression, with a national shutdown in 2018 costing Iraq’s economy over $40m USD.

Update: As of September 2019, exam shutdowns are back with at least five recorded incidents having national impact through recent days:

The Internet has just been cut in #Iraq … to stop cheating in exams. That's the fifth time in a week. 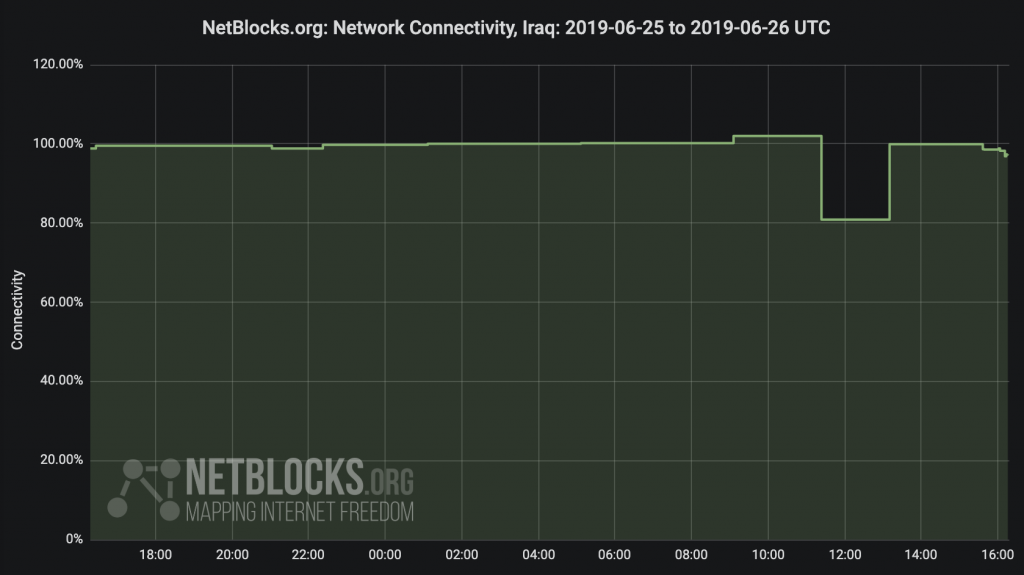