NetBlocks metrics confirm the disruption of Facebook and Facebook Messenger in Ethiopia from the afternoon of Monday 8 November 2021. Network data show that Facebook and Messenger servers as well as some WhatsApp and Telegram messaging servers are restricted on the state-run monopoly network provider Ethio Telecom (AS24757), corroborating user reports of difficulty accessing the services. The incident continued until Friday, when access was restored with a recorded incident duration of four days.

VPN services are effective in working around the platform restrictions. Virtual Private Networks provide an encrypted tunnelling mechanism that can circumvent online censorship.

Online restrictions leaving the services unusable for many came into place after the content of 12th grade national exam papers were reportedly leaked online, although authorities initially denied the leak.

Only days earlier on Thursday 4 November 2021, Facebook removed a post by Prime Minister Abiy Ahmed for “inciting and supporting violence.”

The restrictions come amid heightened tensions and ongoing conflict in restive regions of the country. Metrics are taken from an initial set of ten vantage points across Ethiopia. 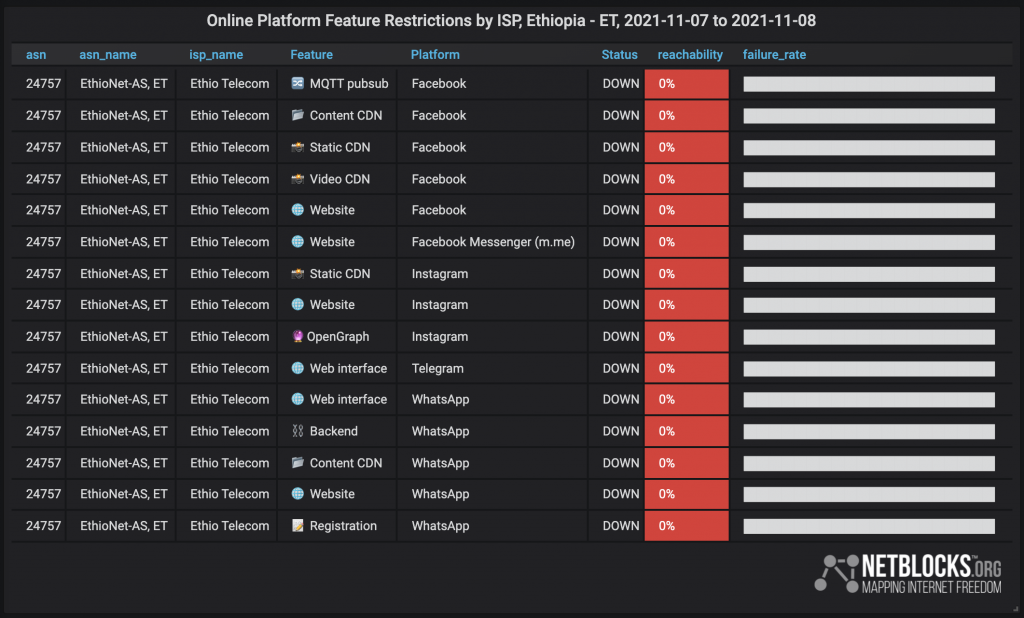