Network data from NetBlocks confirm the loss of internet service in parts of Beirut, Lebanon from the evening of Saturday 15 January 2022. The intermittent disruptions to connectivity follow an escalating pattern of destabilization of infrastructure as the country’s energy crisis deepens.

⚠️ Confirmed: Internet has been disconnected across parts of #Beirut, #Lebanon amid diesel shortages.

Hours earlier, CEO of national telco Ogero stated that communications "will stop working as our last liter of diesel runs out" 🔌📉 pic.twitter.com/QAYQvKa3ms

State provider Ogero stated earlier on Saturday that communications would “stop working as our last liter of diesel runs out.”

The provider reported later on Sunday that services were “temporarily suspended until we are resupplied with diesel,” explaining that the situation was due to “circumstances beyond our control.”

Lebanon has been experiencing rolling power blackouts amid soaring energy prices. The economic crisis was exacerbated by a massive explosion in August 2020 that tore through the capital, decimating the business district. The crisis is attributed by many to lack of oversight and mismanagement of finances by the political elite.

In #Lebanon the internet and access to it is also a political game. https://t.co/pfcFAvUJrZ 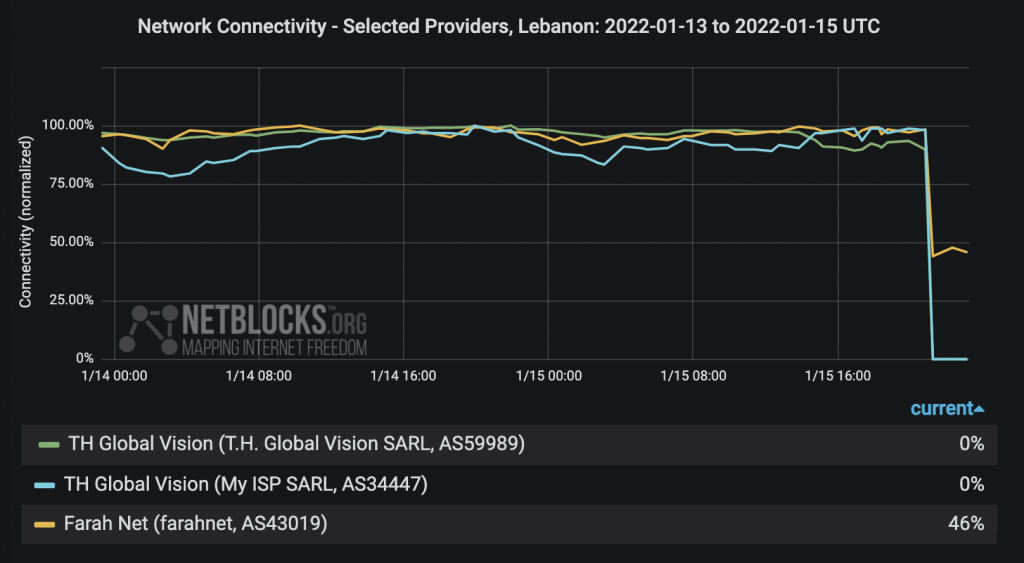