Network data from the NetBlocks internet observatory confirm that internet connectivity in Lebanon has significantly fallen following reports of an explosion on Tuesday 4 August 2020, with the outage ongoing as of 1:00 p.m. UTC Wednesday. The incident may impact communications with victims and eyewitnesses on location.

Update: The partial internet outage in #Lebanon is ongoing; a breakdown by geographic locations points to areas of high impact including parts of #Beirut, Mount Lebanon, North and South Governorates; percentages reflect most affected network 📉

The bulk of the outage’s impact is provisionally attributed to the impact of the blast on nearby infrastructure, with lesser secondary impacts attributed to subsequent power outages.

Update: Real-time network data show that internet provider #TerraNet, situated in proximity to yesterday's catastrophic blast in #Beirut #Lebanon, has made a remarkable recovery back up to 85% connectivity in just one day 📈👏

Damage to network equipment, fiber data lines and/or power cuts have known network impacts similar to those observed during the present incident.

Affected networks have been previously stable and internet outage timings appear to correspond with estimated timings for the blast.

The Lebanese Red Cross reported it had dispatched more than 30 teams following the incident. News sources cite scores of casualties and describe significant damage to homes and businesses as rescue operations continue.

Geolocation of some of the videos circulating on social media from Beirut showing where within the port the blast appears to have come from. pic.twitter.com/3FrpOTcaaE 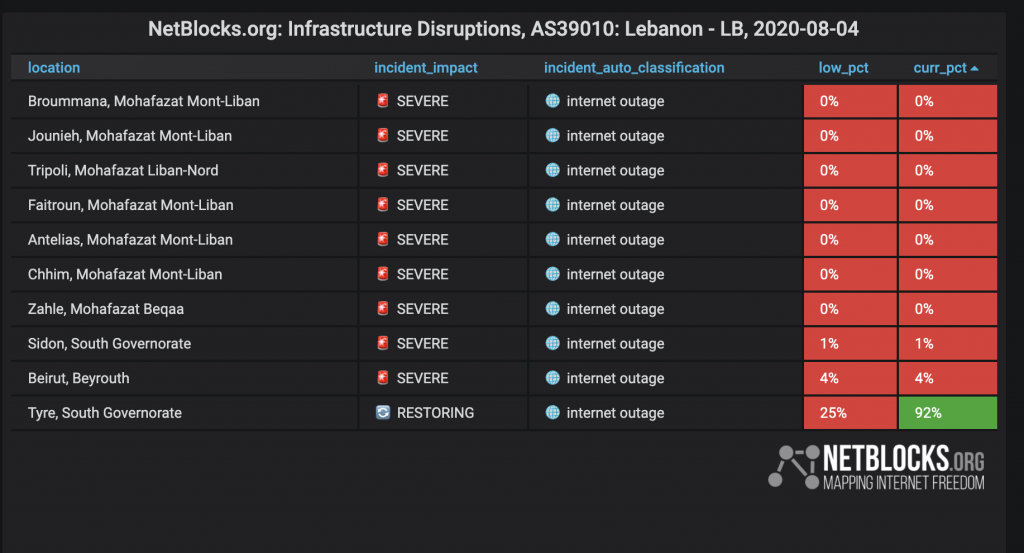 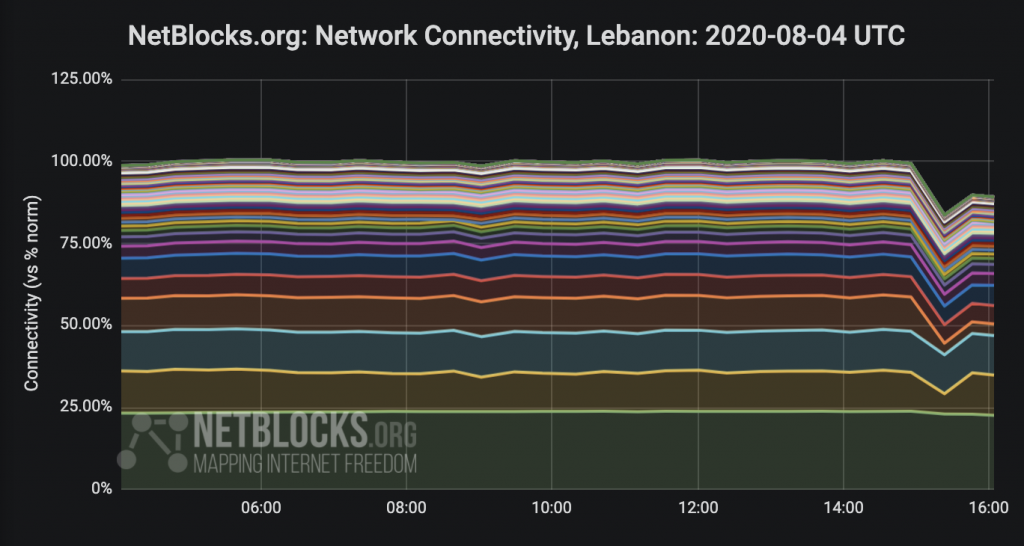