WARSAW – On 17 September, NetBlocks presented its work toward a consistent methodology for the monitoring of critical infrastructure, access to information and free expression during elections in the OSCE region. The meetings took place at the Human Dimension Implementation Meeting (HDIM 2018) organized by the OSCE Office for Democratic Institutions and Human Rights (ODIHR).

NetBlocks director Alp Toker demonstrated a multi-method monitoring instrument which combines internet-scale monitoring, network measurement and media monitoring to evaluate internal and external attacks on the democratic processes. The system has been used within the OSCE region, as well as Africa, Central America and the Middle East as a source of information that is helping to advise bodies including the United Nations and European Parliament. 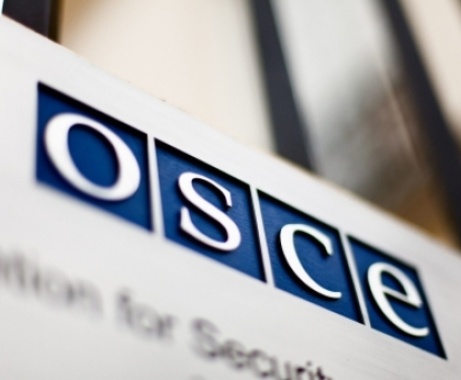 ARTICLE 19 presented its work in Central Asia and Western Europe, highlighting poor examples set by countries in a position of leadership that often serve to facilitate state reception further afield. Mr. Toker presented qualitative and quantitative mechanisms used to collect evidence of digital interference during recent elections and political crises drawn from the NetBlocks observation instrument. Mr. McCully discussed the work of the Digital Freedom Fund and the landscape for corporate litigation and legal contexts to push back against attacks of free expression and free association, while Mr. Gainutdinov spoke about the impact of blocking restrictions on messaging services on ordinary citizens and businesses.

The panelists later met with Sweden’s Ambassador-at-large for Human Rights, Democracy and the Rule of Law Annika Ben David, who offered strong encouragement and the support of the Swedish mission for the work of frontline human rights groups.

#DigitalRights are #HumanRights. Sweden works for an internet open and secure. Always useful to learn of the latest trends from the digital frontline through our partner @article19org and its friends @snorri51 @netblocks @df_fund #HDIM2018 pic.twitter.com/b5IOIewi1j

In thematic meetings with the U.K., Austria and Canada delegations to the OSCE, the rights groups were encouraged as delegates reaffirmed their commitment to human rights within their own countries and throughout the region, which comprises 57 participating States from Europe, Central Asia and North America.

Today @HelsinkiComm staff were pleased to meet with @AToker of @NetBlocks to discuss innovative new technical approaches to monitor freedom of #elections. pic.twitter.com/tpWFdkoQ2h