Network data from NetBlocks confirm a major disruption to internet connectivity in Iran from the morning of Friday 4 March 2022. Metrics show the loss of connectivity across multiple providers, corroborating user reports of loss of service in several cities including Tehran. Service was largely restored some three hours after the onset of the outage.

ℹ️ Update: Internet connectivity is being restored in #Iran following a fire at the buildings of the Telecom Infrastructure Company (TIC) which serves as the gateway for network operators in the country; incident duration ~3 hours 📈

The incident comes amid reports of a fire at the Telecom Infrastructure Company (TIC), which serves as the gateway for network operators in Iran. The use of a centralized gateway allows Iranian authorities to control the flow of information to counter cyberthreats, but has also come under scrutiny for its use to limit the public’s access to information and international services.

Images shared by commentators and Iranian media showed fire engines dispatched to telecommunications buildings in Tehran. Authorities stated that the incident was being addressed. 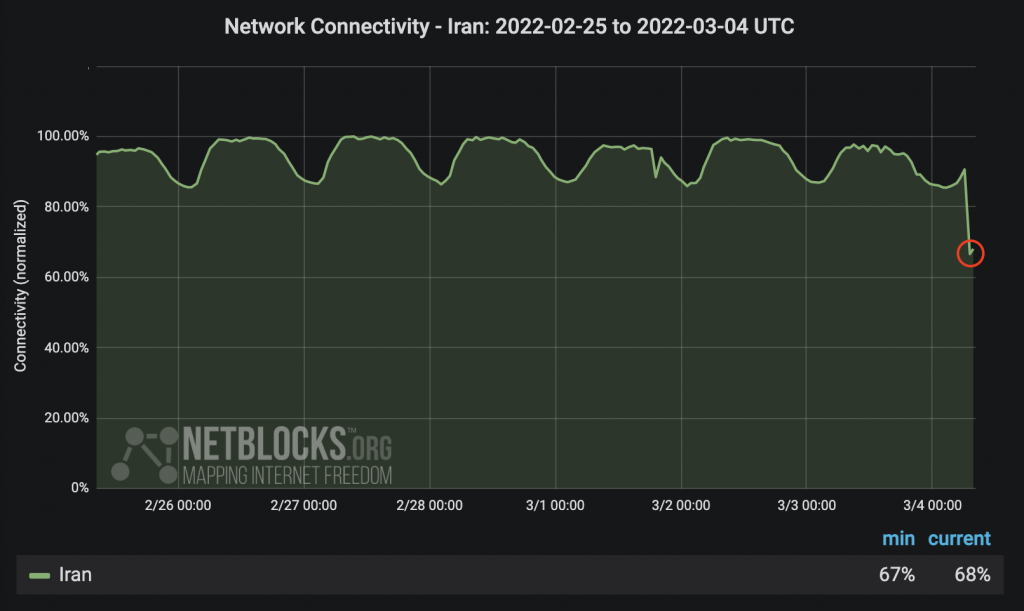