Network data from NetBlocks confirm a significant slowing of internet service for many users in Zimbabwe on Sunday 20 February 2022, as a major political opposition rally is held in Harare. The incident impacts multiple operators and has prevented live streaming from the Yellow Sunday demonstration by the Citizens Coalition For Change party, which seeks to unseat the ruling ZANU–PF.

⚠️ Confirmed: Metrics indicate that internet service is degraded for many users in #Zimbabwe; the incident is likely to limit live streaming and access to online content as #YellowSunday opposition rallies are held at Highfields, Harare 📉

The root cause of Sunday’s network disruption has not yet been conclusively identified, but metrics are potentially consistent with the slowing, or throttling, of service.

On 13 March 2022, a new series of disruptions was registered amid further opposition demonstrations. Metrics confirm that the disruptions have occurred at the backbone which serves each provider, and not at the cell towers due to congestion as claimed by some sources:

Zimbabwe authorities have previously shut down internet access ahead of planned protests and during fuel price demonstrations. 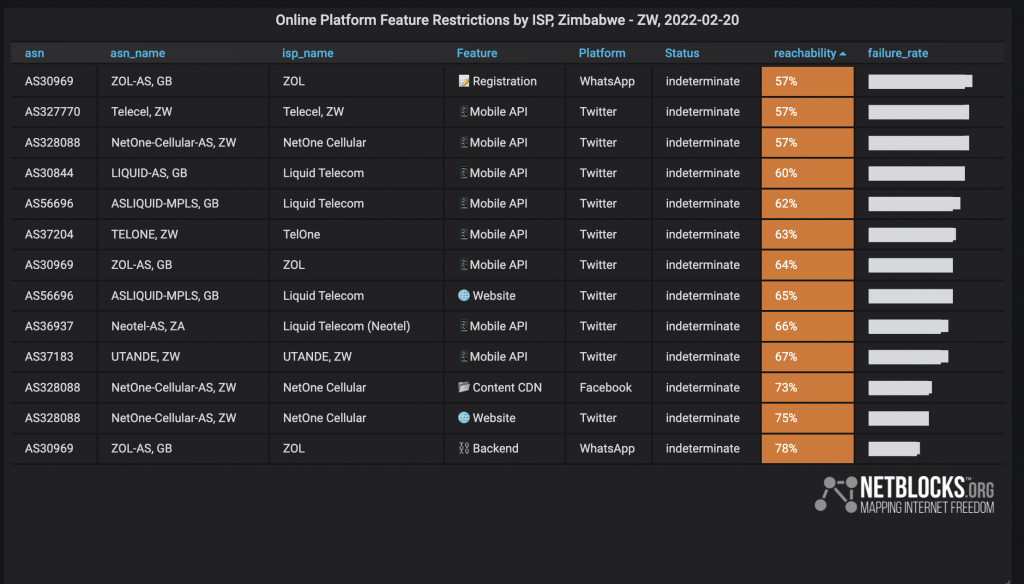