Analysis of worldwide network measurements across several Facebook, WhatsApp, Instagram and Messenger servers shows signs of a partial global outage in effect as of 14 April 2019. Some users remain able to access the services, although availability has fallen to around 40% globally. Work is ongoing to determine the likely cause of the incident. 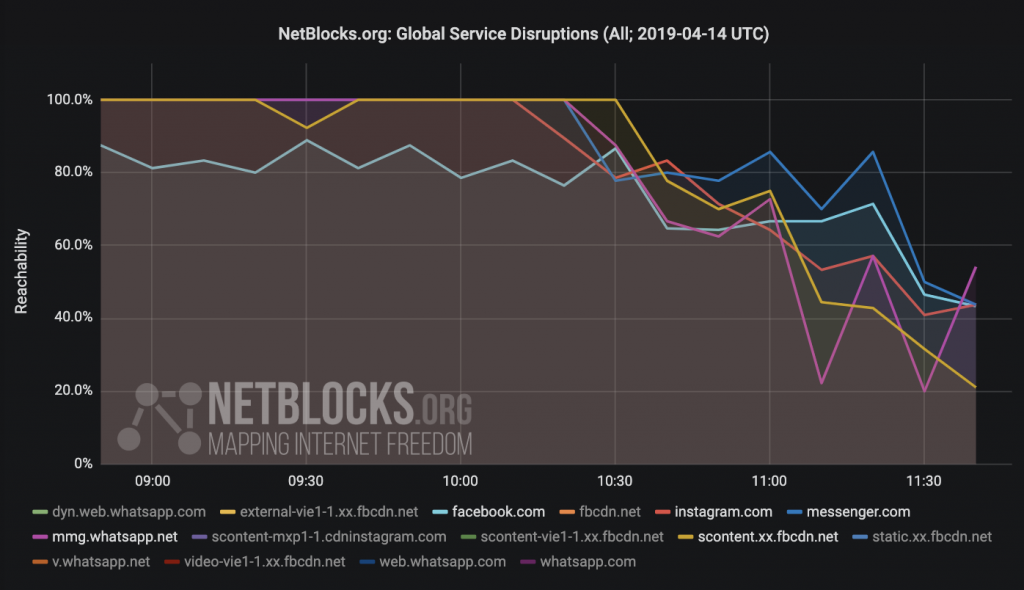 The current study is based on 30,000 network measurements from 2500 global vantage points — locations from which we can observe network performance using probes.

At each point in time and at each location, the round-trip time or latency, and any network failure information is relayed and aggregated to get a picture of internet access around the world in real-time.

Data from the incident lets us rule out a global routing issue as the underlying cause, and NetBlocks also hasn’t observed the kind of spike in latency prior to the outage usually associated with a DDoS attack. This points to a different kind of attack or technical issue within Facebook’s data centres. Analysis of data shows partial failures starting some hours prior to the initial NetBlocks alert.

The same services were previously disrupted in a similar fashion on 14 March. Data collected by the NetBlocks internet observatory covering the performance and availability the platforms’ CDN, backend and frontend servers during that incident pointed toward a possible issue in backend or database systems within Facebook’s own internal network, which all four services rely on:

Analysis of 100,000 worldwide network measurements across 21 Facebook, WhatsApp, Instagram and Messenger backend/frontend servers shows no evidence of a network layer fault nor signs of a DDoS attack #FacebookDown ⬇️https://t.co/l5OJWR3LMO pic.twitter.com/gdGM0s8xxE

Global Facebook, Instagram, WhatsApp and Messenger reachability continued to fall with 80% unable by 12:30 PM UTC Sunday 14 April. A breakdown of impact by country based on NetBlocks global metrics shows the countries most affected:

The timings do show a fall in latency from around the time access issues became widely reported — a sign that usage of the services fell significantly manifesting in reduced round-trip times. 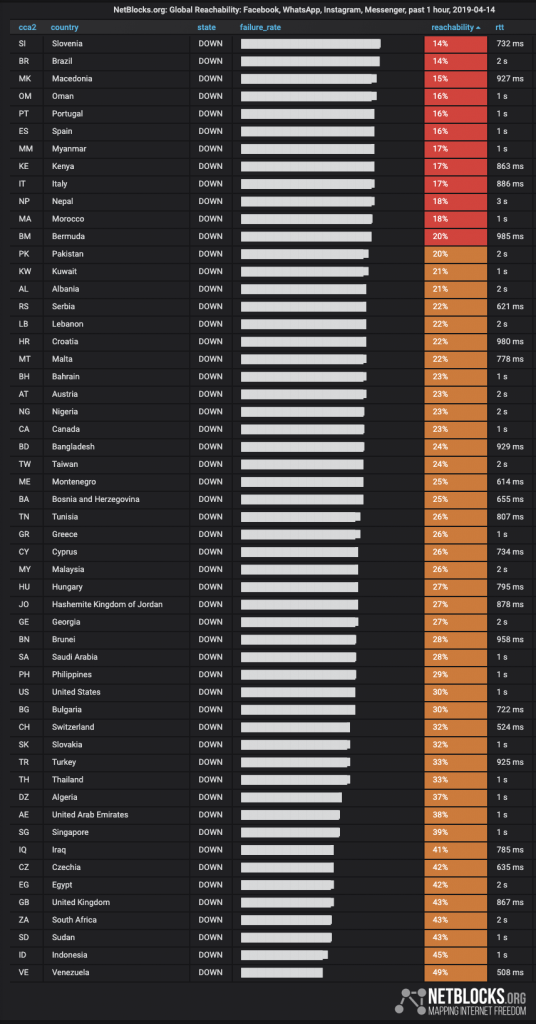 The findings are consistent with user reports, which show that the sites can generally be accessed but present error messages.

The outages come months after Facebook announced plans to merge the platforms, raising concerns over the risks of centralization and concentration of social media platforms. 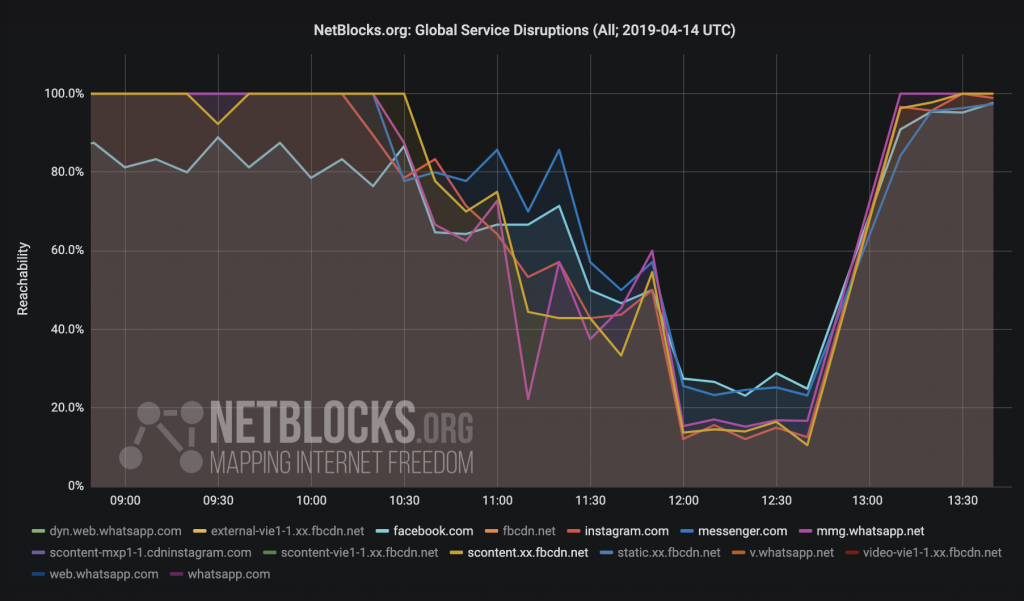 Facebook has not issued a public incident report at the time of writing.