NetBlocks metrics confirm the restriction of Twitter in Nigeria from the morning of Saturday 5 June 2021. The incident comes after a Tweet by President Muhammadu Buhari was removed for breaching the Twitter platform rules. Service was restored at midnight on the morning of 13 January 2022, with a recorded incident duration of 222 days.

Network data show that access to the Twitter platform and backend servers were restricted on leading networks including MTN, Globacom, Airtel and 9mobile.

⚠️ Confirmed: Network data show Twitter is restricted for many users in #Nigeria as of Saturday morning following deletion of President's Tweet, as government declares the platform can undermine "Nigeria’s corporate existence" #TwitterbaninNigeria

Minister of Information and Culture Lai Mohammed and his media aide Segun Adeyemi issued a statement on Friday that forebode the ban, citing the persistent “use of the platform for activities that are capable of undermining Nigeria’s corporate existence.”

Media reported that the service was initially still working on the night of Friday 4 June 2021, with technical restrictions are found to have come into place some hours later. The company’s link sharing service t.co was also impacted. Affected users are able to access Twitter using VPN services which can work around network restrictions.

ℹ️ Update: Twitter has been restored across #Nigeria 222 days after the government banned the popular microblogging service. 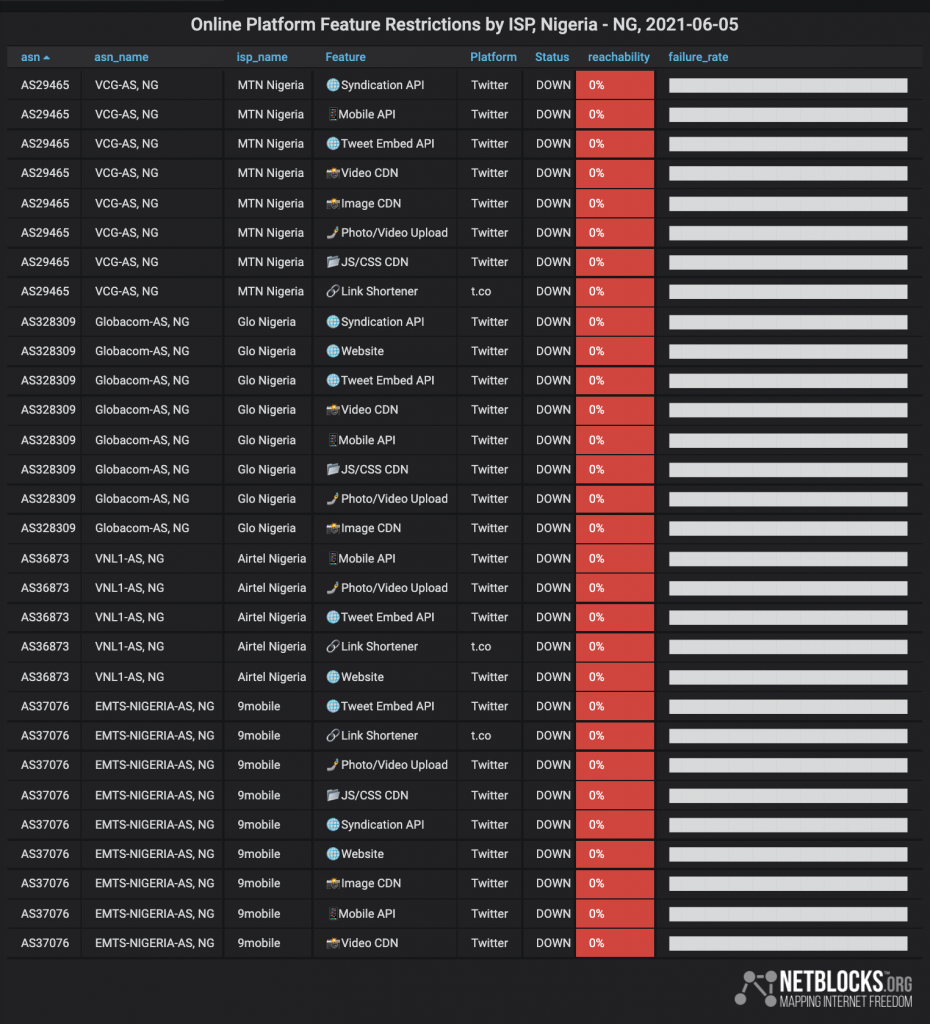 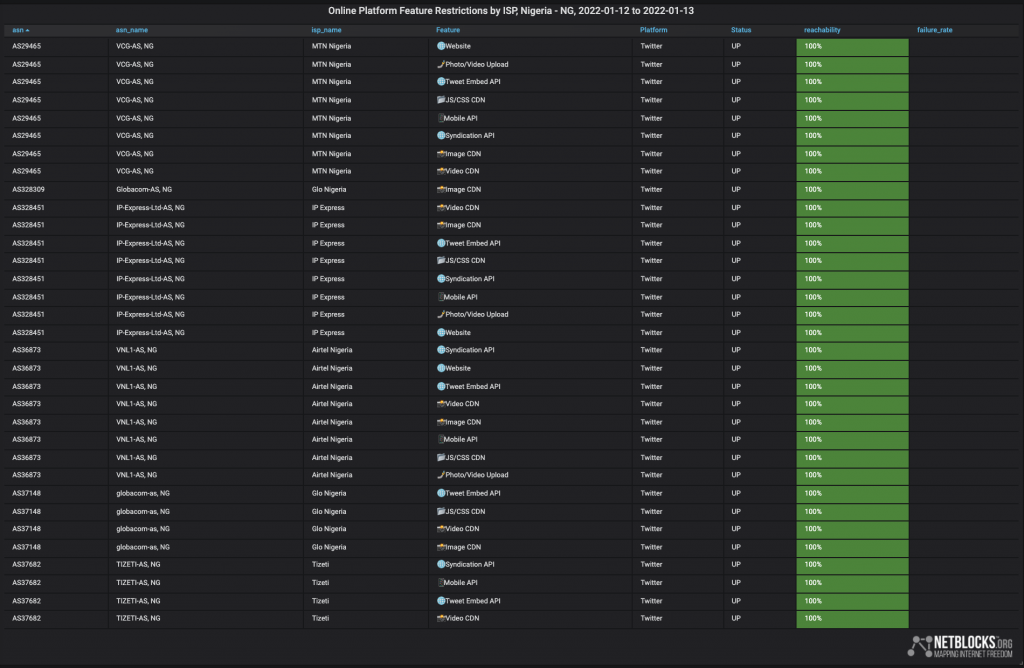 With thanks to EiE Nigeria, Paradigm Initiative and the Twitter user community for coordinating platform checks across Nigeria.