Network data from the NetBlocks Internet Observatory confirm the disruption of social media and messaging apps in Senegal as of Friday 5 March 2021. Metrics show that Facebook, YouTube, WhatsApp, and some Telegram servers were restricted on leading cellular network operator Orange/Sonatel as of early morning Friday. Affected services have subsequently been restored from 7:30 a.m. UTC.

The online service restrictions come amid intensifying clashes between protesters and anti-riot police in Dakar after the second day of demonstrations following the arrest of opposition leader Ousmane Sonko.

Data show that CDN backend servers have been targeted, limiting the viewing and sharing of photo and video content. VPN services are effective at circumventing the restrictions.

The incident follows a decision the previous day from the National Audiovisual Regulatory Council (CNRA) to suspend two television stations over their coverage of the protests.

Metrics are aggregated from an initial sampling of 60 observation points across Senegal. While restrictions have been largely lifted and affected services remain functional as of midday, the situation on the ground remains volatile and monitoring efforts continue. 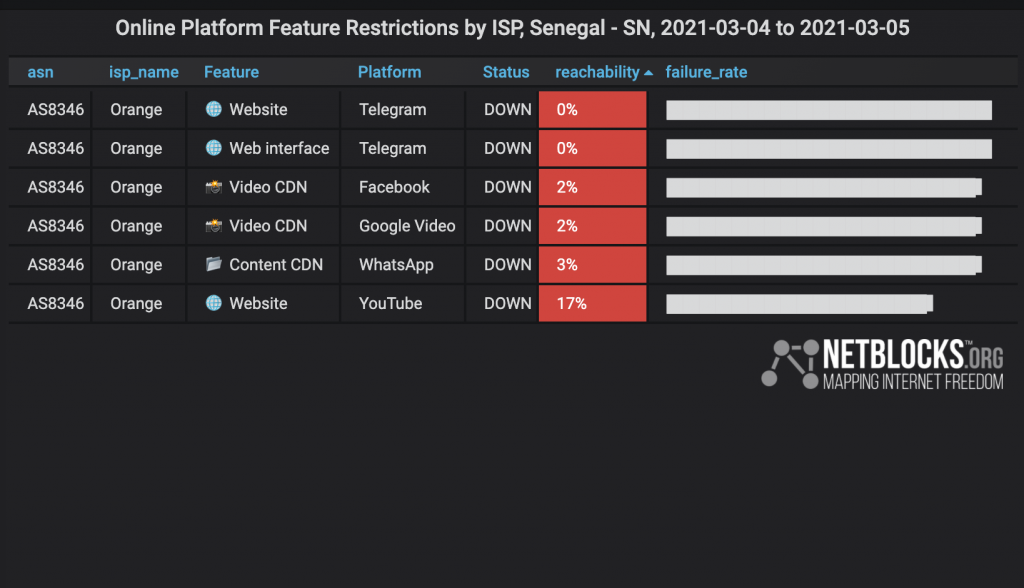