Digital economy has been defined as the branch of economics studying zero marginal cost intangible goods over the Internet.

The extent of a country’s digital economy in terms of its contribution to national GDP is frequently used to help estimate the financial impact of an internet shutdown.

In 2012, Boston Consulting Group released a paper projecting the 2016 extent of the digital economy as a proportion of the GDP of several countries: 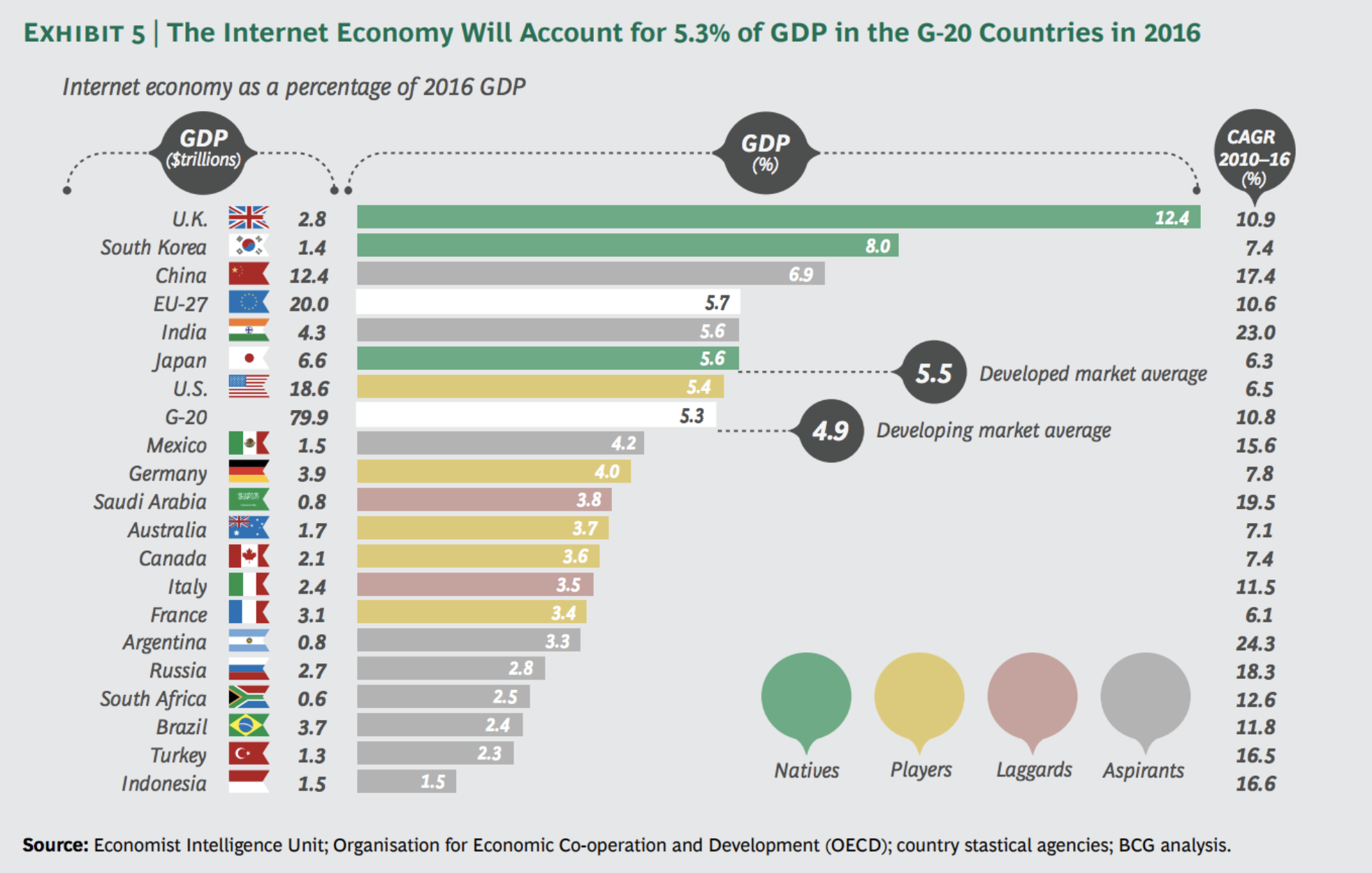 These figures were subsequently adopted by the Brookings Institution in their methodology for internet shutdown cost estimation.

The use of pre-existing figures offers to simplify cost calculations, however the digital economy extent data provided by BCG only covers G-20 countries, and it has not been updated since 2012. Over-reliance on prepared datasets based on proprietary indicators can hinder the applicability of estimation methods.